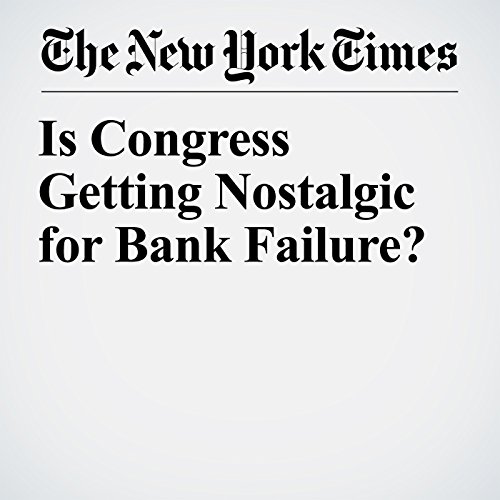 Congress is picking apart the Dodd-Frank Act of 2010, just in time for the 10th anniversary of the Great Recession, the type of economic conflagration the law was supposed to prevent.

"Is Congress Getting Nostalgic for Bank Failure?" is from the May 27, 2018 Opinion section of The New York Times. It was written by Bill Saporito and narrated by Caroline Miller.