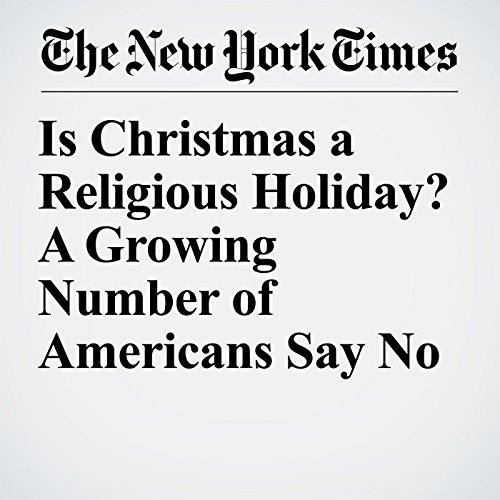 Combatants in the annual “War on Christmas” have some new data to chew on, thanks to a survey released this week by the Pew Research Center.

"Is Christmas a Religious Holiday? A Growing Number of Americans Say No" is from the December 13, 2017 U.S. section of The New York Times. It was written by Liam Stack and narrated by Kristi Burns.