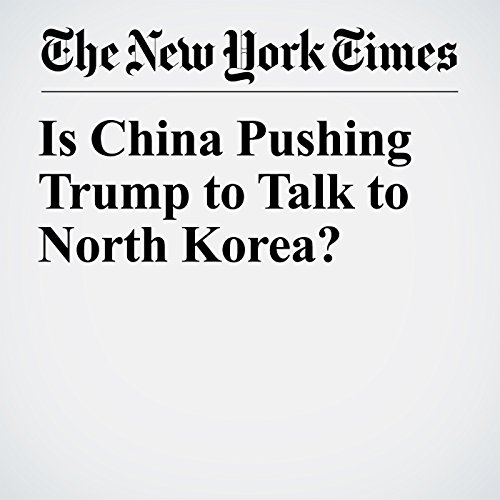 For years, the United States and others have pressed China’s leaders to suspend imports of coal from North Korea to push the reclusive state to abandon its nuclear weapons program. For years, the Chinese leadership resisted — until Saturday, when it suddenly announced in a terse statement that it would do just that.

"Is China Pushing Trump to Talk to North Korea?" is from the February 21, 2017 World section of The New York Times. It was written by Jane Perlez and narrated by Fleet Cooper.