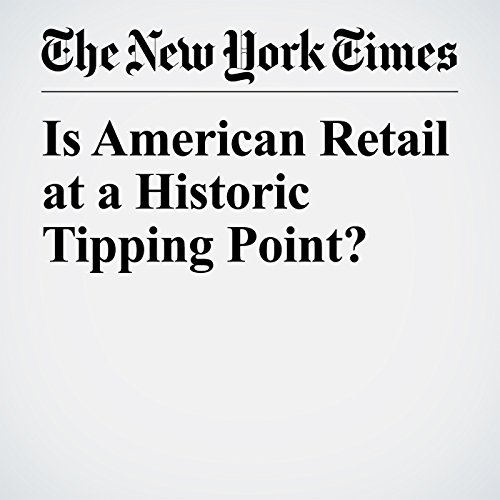 About 89,000 workers in general merchandise stores have been laid off since October. That is more than all of the people employed in the U.S. coal industry, which President Donald Trump championed during the campaign as a prime example of the workers who have been left behind in the economic recovery.

"Is American Retail at a Historic Tipping Point?" is from the April 14, 2017 Business section of The New York Times. It was written by Michael Corkery and narrated by .