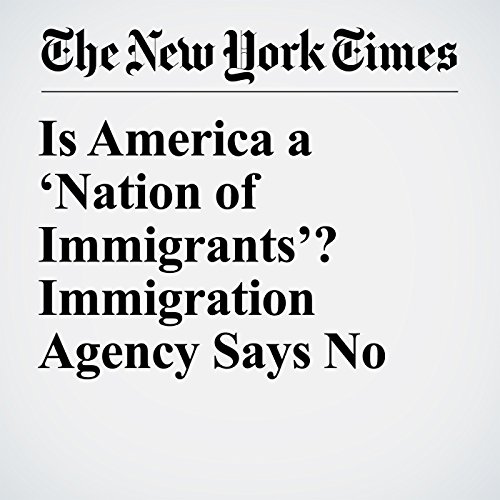 The federal agency that issues green cards and grants citizenship to people from foreign countries has stopped characterizing the United States as “a nation of immigrants.”

"Is America a ‘Nation of Immigrants’? Immigration Agency Says No" is from the February 23, 2018 U.S. section of The New York Times. It was written by Miriam Jordan and narrated by Mike DelGaudio.