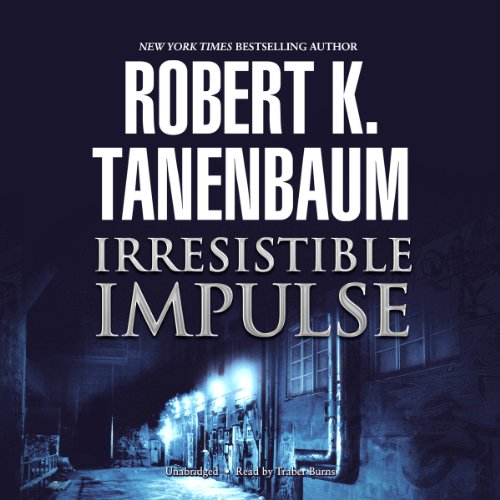 In the ninth book of the popular Butch Karp legal thriller series, Karp goes up against a formidable defense attorney in a case that threatens to turn the city against itself.

Back as head of the district attorney's homicide bureau, Butch Karp comes up against one of his most bizarre cases yet. A series of racially motivated murders in Harlem prove to be the work of a wealthys uburbanite out to relive a twisted episode from his childhood. The killer's showboating defense attorney will stop at nothing to derail Karp's prosecution - even if it means igniting a race war. But while Karp relentlessly pursues the guilty, his wife, Marlene, risks everything when standing up for victims of domestic abuse crosses into vigilantism.

So far the best

Would you listen to Irresistible Impulse again? Why?

I think I would. This book was the most interesting to me of this series.

What other book might you compare Irresistible Impulse to and why?

That's a tuff question. This book added a layer that I didn't feel in the other books of this series. I felt that Marlene was the major focus in this book. Marlene is a much more complex figure than Karp. Tanenbaum did well exploring with her character.

Yes it was. I almost did do that very thing but a Christmas party got in the way.

Tanenbaum did a nice job with this book.

My neighbors Marlene and Butch

I’ve Read so many of these great novels. Lucy is definitely gonna be a spinoff. I’ve also picked the author to Co write my next book!

This was great from start to finish!!

I loved this book. There were never any slow moments. I can't wait to read the next one.

I am in love with this family! What a great listen! The story weaves itself out from the Karp family, then snaps back, entangling one, two, or more of them in more serious shenanigans again! Great fun for me!

Marlene is a super hero in her job of protection .

Marlene is a spunky heroin defending those that can't defend themselves. Lucy all grown up fighting her own battles all ong side her father.

The Marlean charter is not only confusing, she’s awful at her job, and a poor mate.

These books by Tanenbaum are so very addictive. I never know what is going to happen. The law is interesting, not annoying like it is on Law and Order. This story had so many twists and turns, yet there was always the family at the base.

one of my favorite authors

Non stop thriller with multiple twists and turns. Hard to put down. what I expect from this author.