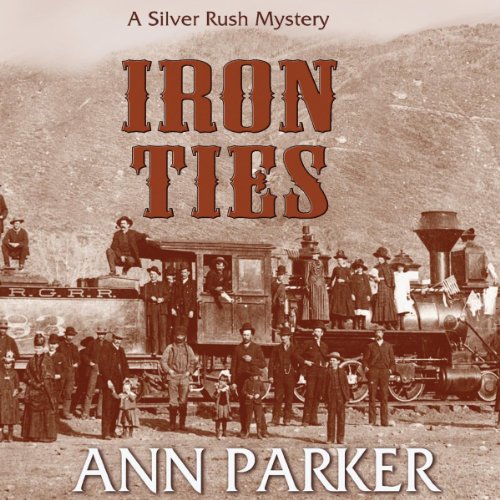 "The great questions of the time are not decided by speeches and majority decisions... but by iron and blood." (Otto von Bismarck, 1862)

Summer 1880. The railroad is coming west, all the way to Leadville, Colorado, and its rich Rocky Mountain mines - and millionaires. Coming to celebrate the arrival of the Denver & Rio Grande Railroad is a former president, none other than Ulysses S. Grant, eighteenth president of the United States and commander of the Union armies during the Civil War.

But not everyone wants to celebrate the arrival of the railroad. Inez Stannert, like other residents in the Colorado boomtown, regards the news with mixed feelings. Her business partnership in the Silver Queen Saloon is still shaky and the bonds of family still tenuous, with her husband missing and her son living back east. Inez doesn't want to see lawlessness escalate and lead, once again, to murder.

Inez isn't the only one with iron ties to the past. Some folks have wicked memories of the Civil War, and others a stake in the competing railroad lines. Caught in the crossfire is Inez's friend, photographer Susan Carothers. An explosion that nearly killed Susan has killed another - or could it have been murder? It's up to Inez to investigate.

Summer of 1880 in Leadville

Life in a silver mining town in Colorado and hard drinking, crime solving female saloon owner Inez are the center of this mystery. I had high hopes for this second book in the Leadville series. Unhappily the story turned out to be very slow and scattered. It felt like reading a long series of letters from distant family with updates, sometimes partial and other times microscopic in detail, about people you barely know. The characters are so poorly developed that they seem like ghosts. Shadowy people milling around in a complicated, overly repetitive tale. Even worse, the final two or three chapters of the book are spent trying to dig the story out from under piles of unnecessary and discarded details. This final rushed writing works hard to make some sense of the previous 11 hours of listening. The closure, to me, was a let down. The smooth and languid reading style that added atmosphere in book one now feels just slow, monotone and boring. Can not recommend this visit to Leadville.