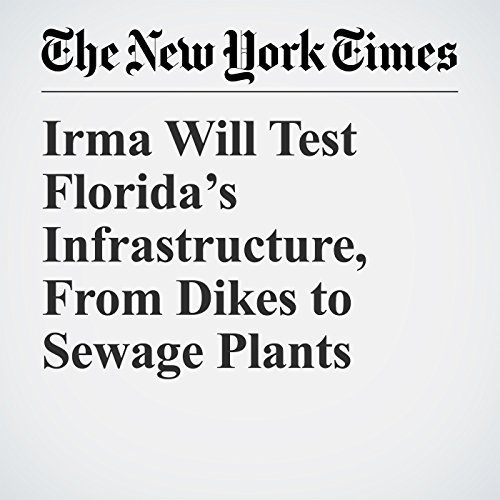 Irma Will Test Florida’s Infrastructure, From Dikes to Sewage Plants

Airports, sewage treatment plants, flood control systems and other facilities could be overrun by heavy rains or flooding from storm surge, as Irma’s winds amass ocean water and push it ashore. The impacts of climate change — especially sea level rise, which is already bringing more tidal flooding in Miami Beach — could make matters worse, as any storm surge from Irma would be on top of an already higher baseline.

"Irma Will Test Florida’s Infrastructure, From Dikes to Sewage Plants" is from the September 09, 2017 U.S. section of The New York Times. It was written by Henry Fountain and narrated by Keith Sellon-Wright.