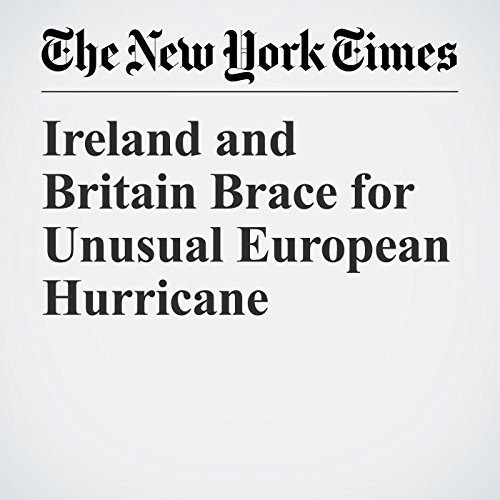 Rain is no stranger to Ireland, but hurricanes?Hurricane Ophelia, the 10th hurricane of the Atlantic season, was spinning toward Ireland on Sunday, bringing with it the potential for structural damage, significant coastal flooding and dangerously high seas.

"Ireland and Britain Brace for Unusual European Hurricane" is from the October 15, 2017 World section of The New York Times. It was written by Susanne Fowler and narrated by Keith Sellon-Wright.