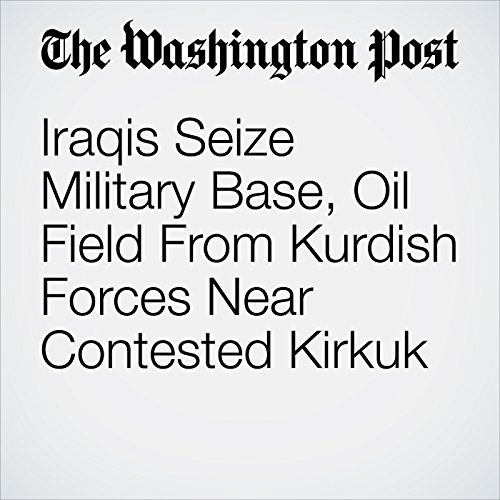 Iraqi forces said Monday they seized a military base, an oil field and other key infrastructure from Kurdish soldiers near the northern city of Kirkuk, as the two U.S. allies face off over territory and oil in the wake of the Kurdish region’s independence vote last month.

"Iraqis Seize Military Base, Oil Field From Kurdish Forces Near Contested Kirkuk" is from the October 16, 2017 World section of The Washington Post. It was written by Loveday Morris and Mustafa Salim and narrated by Sam Scholl.