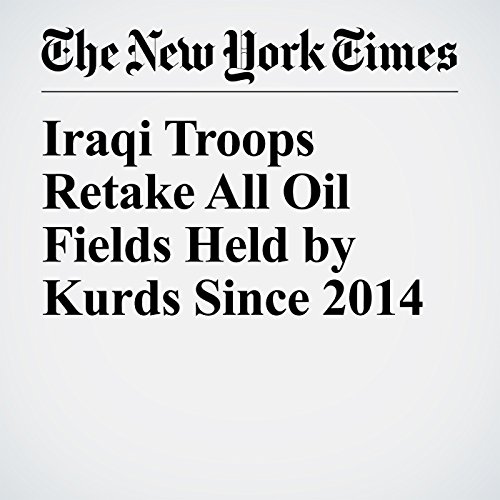 Iraqi troops completed their takeover of all oil fields held by Kurdish separatists on Tuesday, in a push by the Baghdad government to secure control of all disputed areas claimed by Kurds and suppress their independence movement.

"Iraqi Troops Retake All Oil Fields Held by Kurds Since 2014" is from the October 17, 2017 World section of The New York Times. It was written by David Zucchino and narrated by Keith Sellon-Wright.