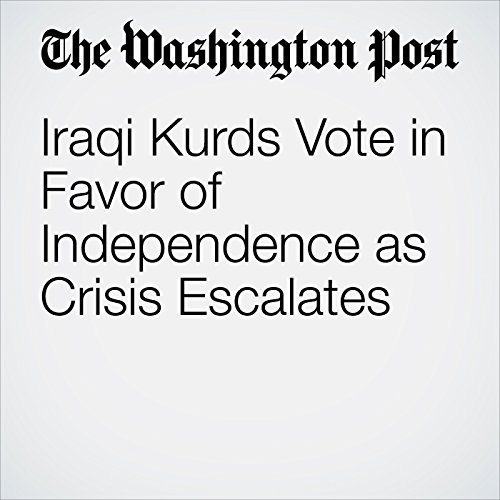 Kurds voted overwhelmingly to secede from Iraq, with nearly 93 percent approving a referendum held Monday in the northern region of the country, according to an official tally released Wednesday.

"Iraqi Kurds Vote in Favor of Independence as Crisis Escalates" is from the September 27, 2017 World section of The Washington Post. It was written by Tamer El-Ghobashy and Kareem Fahim and narrated by Sam Scholl.