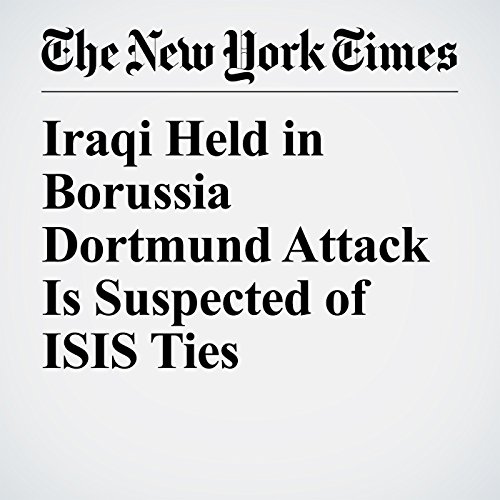 An Iraqi who was detained after the bombing of a soccer team bus in Dortmund is suspected of leading an Islamic State unit before fleeing to Germany last year, the federal prosecutor said Thursday.The 26-year-old Iraqi, identified only as Abdul Beset A. in keeping with German privacy laws, was arrested Wednesday after the police searched his home in the Ruhr city of Wuppertal in connection with the attack on Tuesday that forced the postponement of a Champions League quarterfinal match.

"Iraqi Held in Borussia Dortmund Attack Is Suspected of ISIS Ties" is from the April 13, 2017 World section of The New York Times. It was written by Alison Smale and narrated by Keith Sellon-Wright.