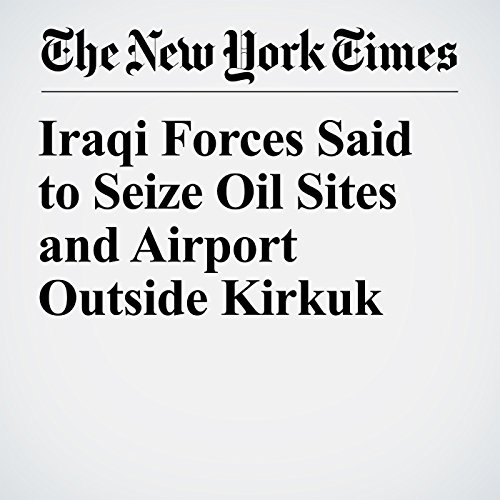 Hours after moving to reclaim control of the northern city of Kirkuk, Iraqi government forces said Monday that they had reached the outskirts of the city, seizing oil fields and other important sites from Kurdish forces that had held the territory since 2014.

"Iraqi Forces Said to Seize Oil Sites and Airport Outside Kirkuk" is from the October 16, 2017 World section of The New York Times. It was written by David Zucchino and narrated by Kristi Burns.