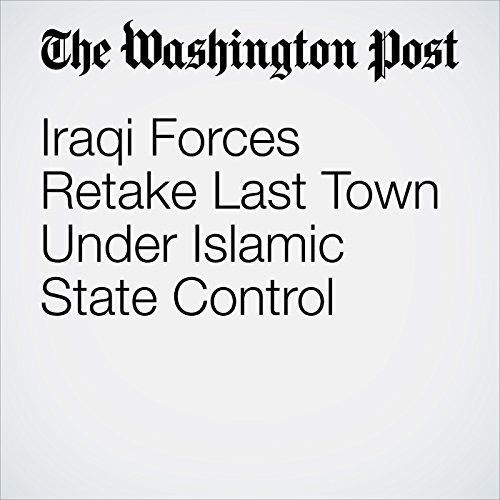 Government forces wrested back the final piece of the Islamic State’s self-declared caliphate in Iraq, the country’s military said Friday, reclaiming the small town of Rawa near the border with Syria.

"Iraqi Forces Retake Last Town Under Islamic State Control" is from the November 17, 2017 World section of The Washington Post. It was written by Mustafa Salim and Tamer El-Ghobashy and narrated by Jenny Hoops.