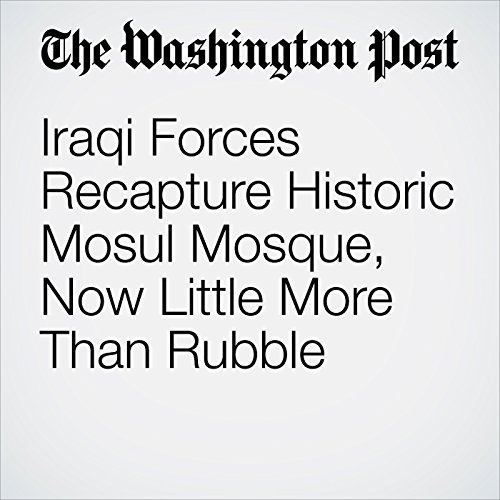 Iraqi forces on Thursday recaptured the ruins of a historic mosque in Mosul that was destroyed earlier this month by the Islamic State and was once the symbolic center of its self-declared caliphate.

"Iraqi Forces Recapture Historic Mosul Mosque, Now Little More Than Rubble" is from the June 29, 2017 World section of The Washington Post. It was written by Loveday Morris and Mustafa Salim and narrated by Caroline Miller.