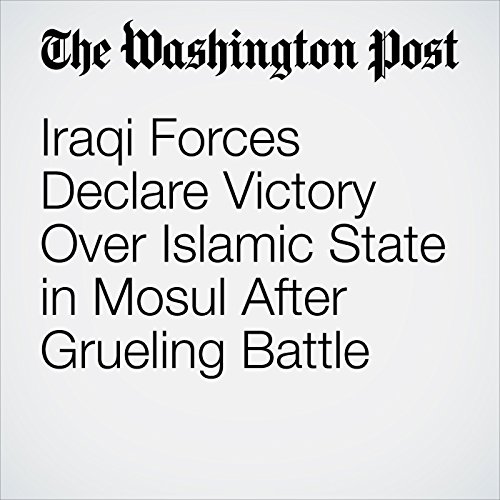 Iraq’s prime minister showed up Sunday in the city of Mosul to declare victory in the nine-month battle for control of the Islamic State’s former capital in Iraq, signaling the near-end of the most grueling campaign against the extremist group to date and dealing a near-fatal blow to the survival of its self-declared caliphate.

"Iraqi Forces Declare Victory Over Islamic State in Mosul After Grueling Battle" is from the July 09, 2017 Middle East section of The Washington Post. It was written by Louisa Loveluck, Liz Sly and Mustafa Salim and narrated by Sam Scholl.