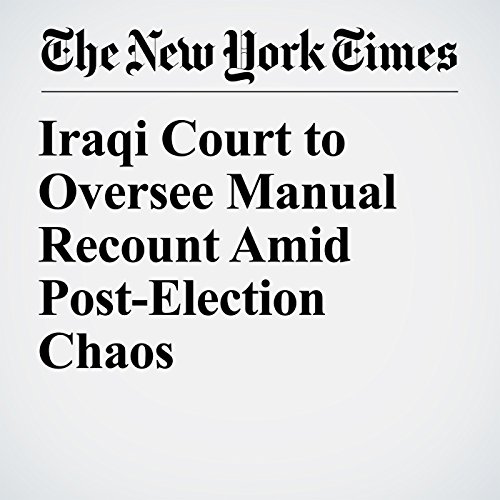 BAGHDAD — Iraq’s Supreme Court will oversee a manual recount of ballots from last month’s election, according to an announcement Thursday, as a crescendo of fraud complaints and criticism of the country’s electoral commission threatened to undermine the legitimacy of the tightly contested vote.

"Iraqi Court to Oversee Manual Recount Amid Post-Election Chaos" is from the June 07, 2018 World section of The New York Times. It was written by Falih Hassan and Margaret Coker and narrated by Keith Sellon-Wright.