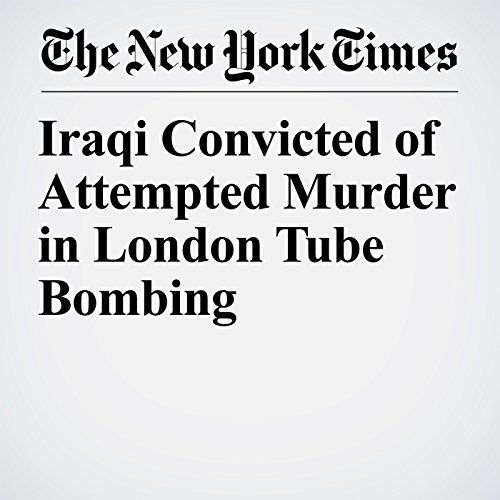 LONDON — An Iraqi teenager who arrived in Britain as an asylum-seeker was found guilty Friday of a bombing that sent a fireball through a London subway train last year, a case that raised questions about the country’s anti-radicalization efforts.

"Iraqi Convicted of Attempted Murder in London Tube Bombing" is from the March 16, 2018 World section of The New York Times. It was written by Stephen Castle and narrated by Caroline Miller.