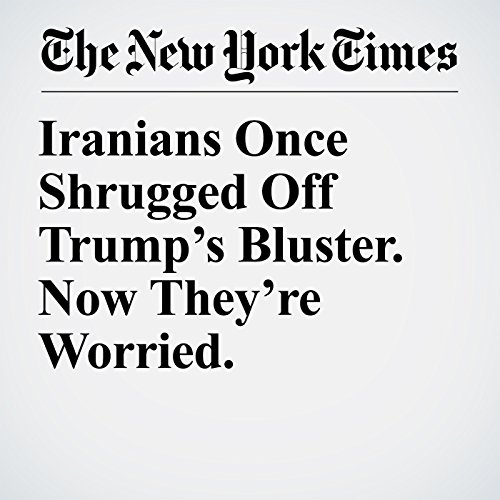 In classrooms, taxis, hair salons and homes, many people in this nation of 80 million have gone from first dismissing Trump’s comments as political bombast to worrying about new sanctions and even military strikes by the United States.

"Iranians Once Shrugged Off Trump’s Bluster. Now They’re Worried." is from the February 08, 2017 World section of The New York Times. It was written by Thomas Erdbrink and narrated by Caroline Miller.