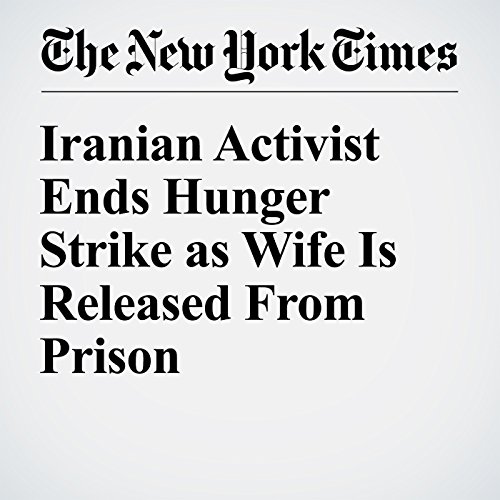 An imprisoned political activist in Iran who began a hunger strike more than two months ago to protest the incarceration of his wife halted the fast on Tuesday when the judicial authorities released her at least temporarily, rights groups and Iranian news media reported.

"Iranian Activist Ends Hunger Strike as Wife Is Released From Prison" is from the January 03, 2017 World section of The New York Times. It was written by Rick Gladstone and narrated by Keith Sellon-Wright.