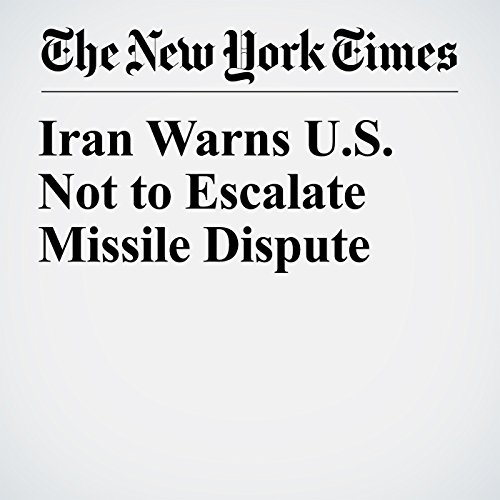 Already furious over the Trump administration’s visa ban, Iran warned the United States on Tuesday not to escalate tensions over tests of Iranian missiles.

"Iran Warns U.S. Not to Escalate Missile Dispute" is from the January 31, 2017 World section of The New York Times. It was written by Rick Gladstone and narrated by Keith Sellon-Wright.