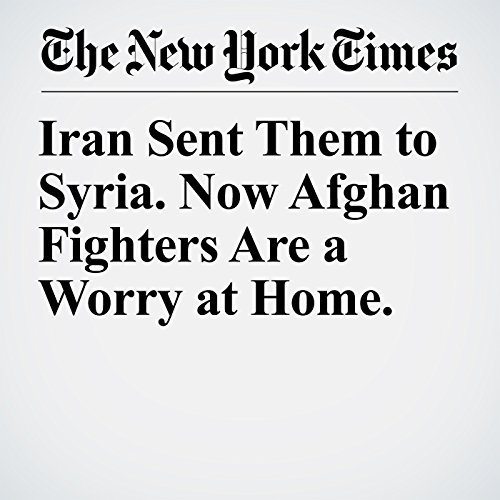 Iran Sent Them to Syria. Now Afghan Fighters Are a Worry at Home.

Iran has trained and deployed thousands of Shiite Afghans as shock troops in Syria’s sectarian war. Members of the Afghan unit, the Fatemiyoun Division, wear a shoulder patch recounting words of praise from Iran’s supreme leader as a badge of honor. What those fighters might do when they come home is now very much on the minds of officials who fear that Afghanistan may become the next great sectarian battleground between Iran, as the declared guardian of Shiites, and Saudi Arabia, long the sponsor of conservative Sunni doctrine around the world.

"Iran Sent Them to Syria. Now Afghan Fighters Are a Worry at Home." is from the November 11, 2017 World section of The New York Times. It was written by Mujib Mashal and Fatima Faizi and narrated by Kristi Burns.