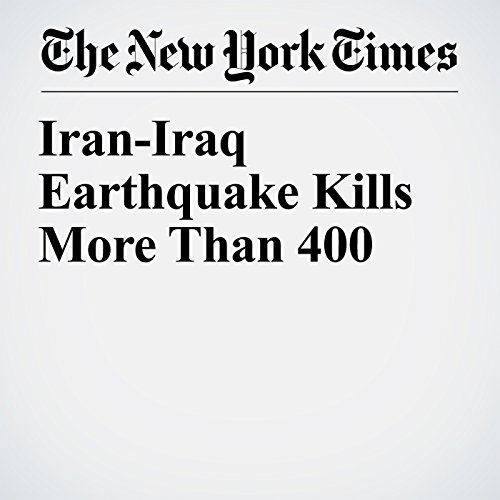 Iranians dug through rubble in a frantic search for survivors Monday after a powerful earthquake struck near the Iraqi border, killing more than 400 people and injuring thousands of others, officials said.

"Iran-Iraq Earthquake Kills More Than 400" is from the November 13, 2017 World section of The New York Times. It was written by Thomas Erdbrink and narrated by Archie Montgomery.