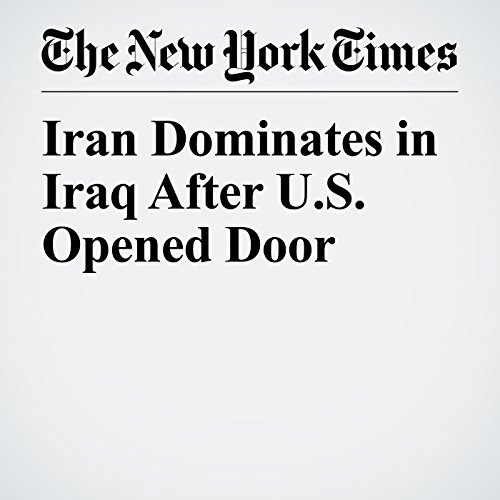 Walk into almost any market in Iraq and the shelves are filled with goods from Iran — milk, yogurt, chicken. Turn on the television and channel after channel broadcasts programs sympathetic to Iran.

"Iran Dominates in Iraq After U.S. Opened Door" is from the July 15, 2017 World section of The New York Times. It was written by Tim Arango and narrated by Kristi Burns.