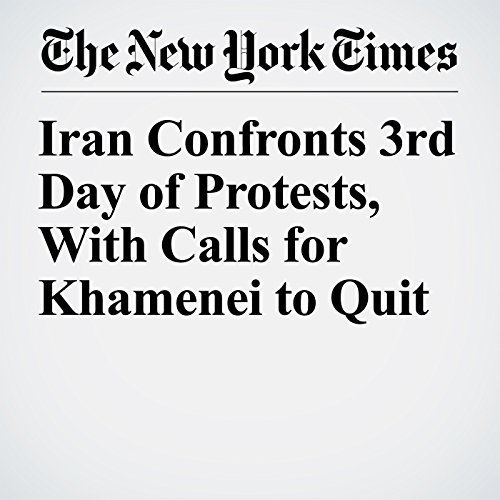 Iran’s leaders were confronted by unauthorized protests in major cities for the third straight day Saturday, with crowds aiming their anger at the supreme leader, Ayatollah Ali Khamenei, and some demanding that he step down.

"Iran Confronts 3rd Day of Protests, With Calls for Khamenei to Quit" is from the December 30, 2017 World section of The New York Times. It was written by Thomas Erdbrink and narrated by Barbara Benjamin-Creel.