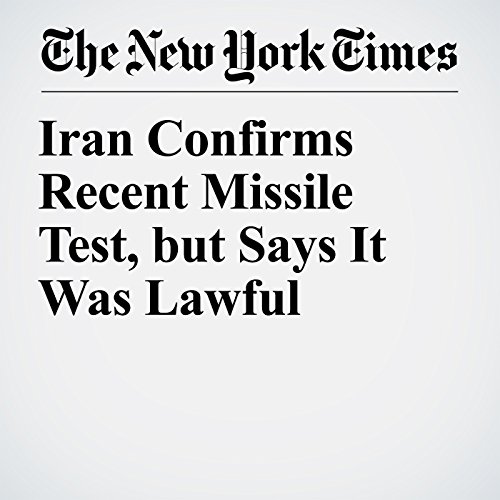 Iran Confirms Recent Missile Test, but Says It Was Lawful

Iran confirmed Wednesday that it recently conducted a missile test, but it rejected accusations from the United States that the launch had violated a U.N. Security Council resolution.

"Iran Confirms Recent Missile Test, but Says It Was Lawful" is from the February 01, 2017 World section of The New York Times. It was written by Thomas Erdbrink and narrated by Keith Sellon-Wright.