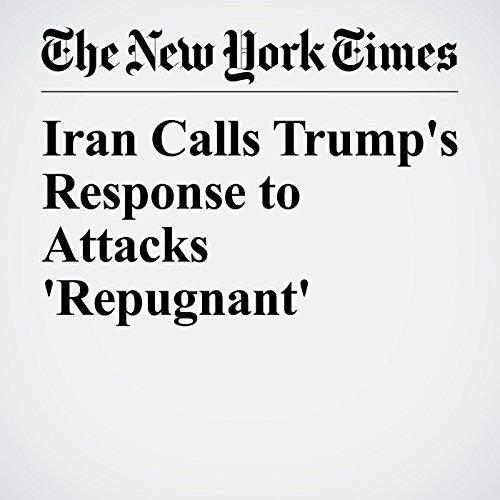 Iran’s foreign minister denounced on Thursday the United States’ response to a pair of deadly assaults in Tehran as “repugnant,” as the death toll in the attacks rose to 17, with 52 others wounded.

"Iran Calls Trump's Response to Attacks 'Repugnant'" is from the June 08, 2017 World section of The New York Times. It was written by Thomas Erdbrink and narrated by Kristi Burns.