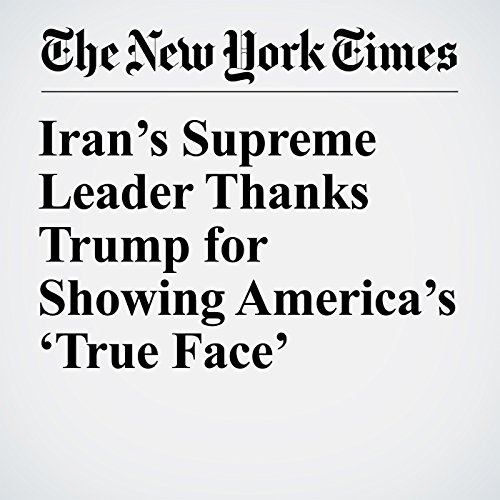 With Iran calibrating how to deal with President Donald Trump, its supreme leader, Ayatollah Ali Khamenei, caustically thanked the new U.S. leader on Tuesday for revealing “the true face” of the United States.

"Iran’s Supreme Leader Thanks Trump for Showing America’s ‘True Face’" is from the February 07, 2017 World section of The New York Times. It was written by Thomas Erdbrink and narrated by Caroline Miller.