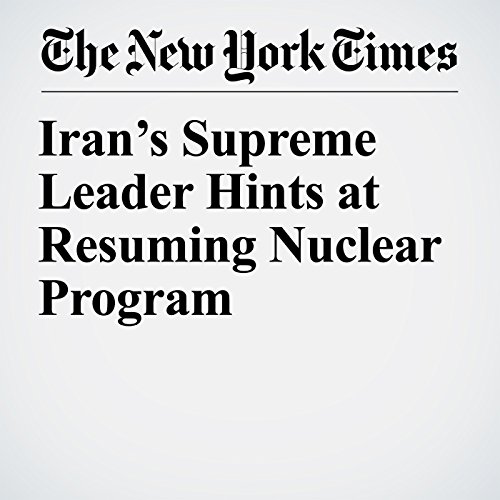 TEHRAN, Iran — Iran’s supreme leader Wednesday hinted at stepping up his country’s nuclear program, signaling a possible escalation in an already volatile relationship with Washington after President Donald Trump announced he was pulling the United States out of the 2015 nuclear deal.

"Iran’s Supreme Leader Hints at Resuming Nuclear Program" is from the May 09, 2018 World section of The New York Times. It was written by Thomas Erdbrink and narrated by Kristi Burns.