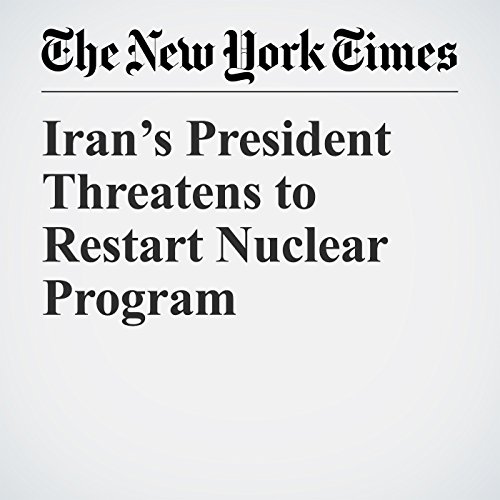 Iran’s nuclear program could be restarted in a matter of “hours,” if the U.S. government imposes further sanctions on Tehran, the country’s president, Hassan Rouhani, said Tuesday.

"Iran’s President Threatens to Restart Nuclear Program" is from the August 15, 2017 World section of The New York Times. It was written by Thomas Erdbrink and narrated by Kristi Burns.