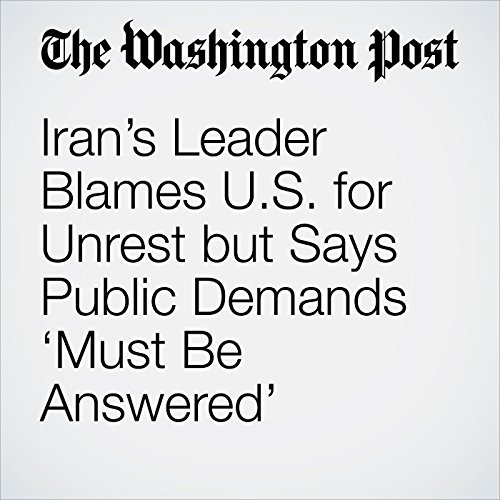 Iranian Supreme Leader Ayatollah Ali Khamenei said Tuesday that people have genuine grievances that should be addressed by the government, even as he blamed foreign powers for a wave of protests that hit Iran in recent weeks.

"Iran’s Leader Blames U.S. for Unrest but Says Public Demands ‘Must Be Answered’" is from the January 09, 2018 World section of The Washington Post. It was written by Erin Cunningham and narrated by Sam Scholl.