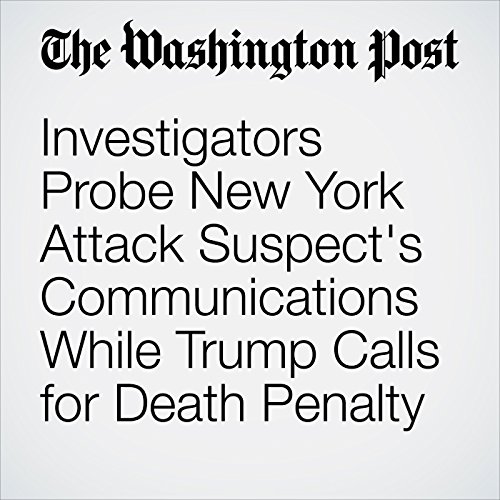 Investigators continued Thursday to probe the 29-year-old Uzbek immigrant charged with the New York truck attack, poring over his communications to see if he had any help or guidance before carrying out his deadly rampage, while President Trump publicly weighed in on the federal prosecution of the suspect.

"Investigators Probe New York Attack Suspect's Communications While Trump Calls for Death Penalty" is from the November 02, 2017 National section of The Washington Post. It was written by Mark Berman and Matt Zapotosky and narrated by Sam Scholl.