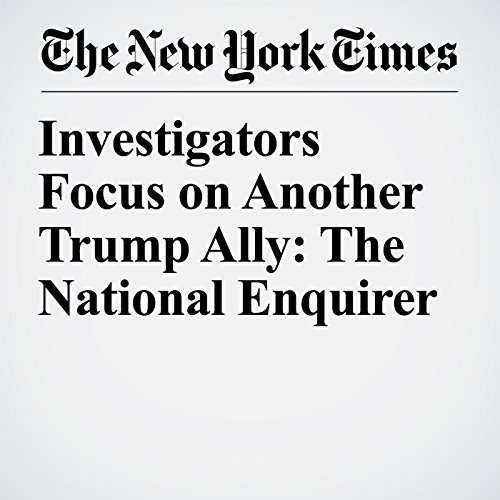 President Donald Trump has long had ties to the nation’s major media players. But his connections with the country’s largest tabloid publisher, American Media Inc., run deeper than most.

"Investigators Focus on Another Trump Ally: The National Enquirer" is from the April 11, 2018 U.S. section of The New York Times. It was written by Jim Rutenberg, Emily Steel and Mike Mcintire and narrated by Keith Sellon-Wright.