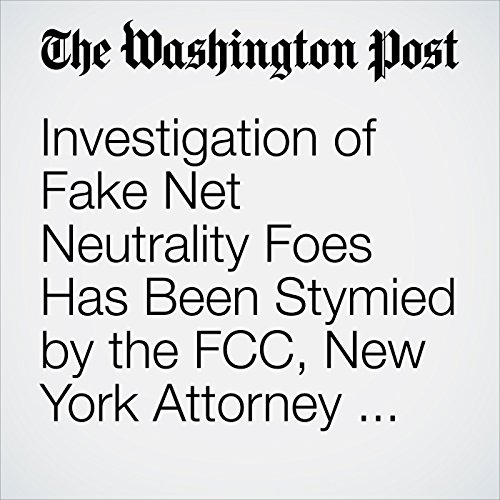 The reports started trickling out in May, in the weeks after the Federal Communications Commission had begun soliciting public comments on a proposal to repeal net neutrality rules that govern the flow of information on the Internet.

"Investigation of Fake Net Neutrality Foes Has Been Stymied by the FCC, New York Attorney General Says" is from the November 22, 2017 The Switch section of The Washington Post. It was written by Eli Rosenberg and narrated by Sam Scholl.