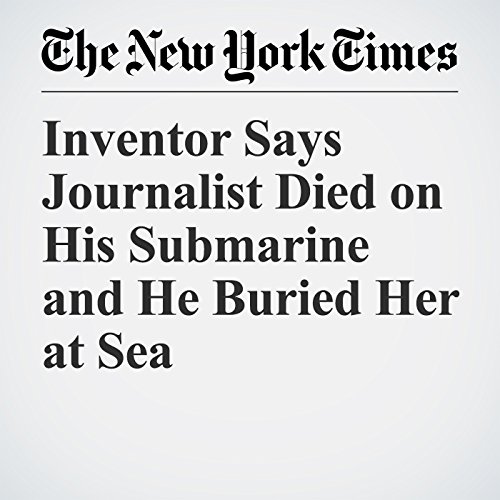 The mysterious disappearance of a Swedish journalist who vanished after boarding a Danish inventor’s submarine took a dark turn Monday, when police revealed that the inventor had changed his account, telling investigators that she died on his vessel and that he had buried her at sea.

"Inventor Says Journalist Died on His Submarine and He Buried Her at Sea" is from the August 21, 2017 World section of The New York Times. It was written by Martin Selsoe Sorensen and narrated by Keith Sellon-Wright.