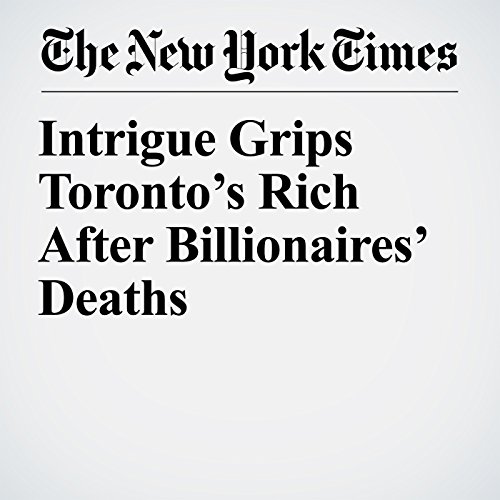 Barry Sherman, a Canadian billionaire, generic-drug mogul and philanthropist, once promised that the autobiography he was writing would be a page-turner, packed with stories of intrigue, duplicity and outright corruption by his competition.

"Intrigue Grips Toronto’s Rich After Billionaires’ Deaths" is from the December 17, 2017 World section of The New York Times. It was written by Catherine Porter and narrated by Keith Sellon-Wright.