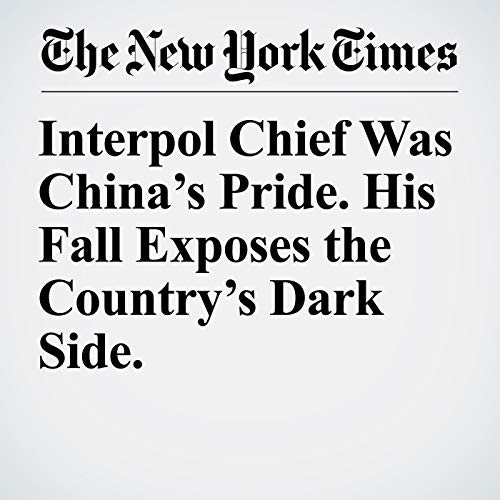 BEIJING — A year ago, the chief of Interpol, Meng Hongwei of China, watched as his country’s president, Xi Jinping, proudly told the organization that China would play a growing role in global law enforcement. China was among the safest countries in the world and “abided by international rules,” Xi told 1,000 delegates at Interpol’s general assembly in Beijing.

"Interpol Chief Was China’s Pride. His Fall Exposes the Country’s Dark Side." is from the October 08, 2018 World section of The New York Times. It was written by Steven Lee Myers and Chris Buckley and narrated by Keith Sellon-Wright.