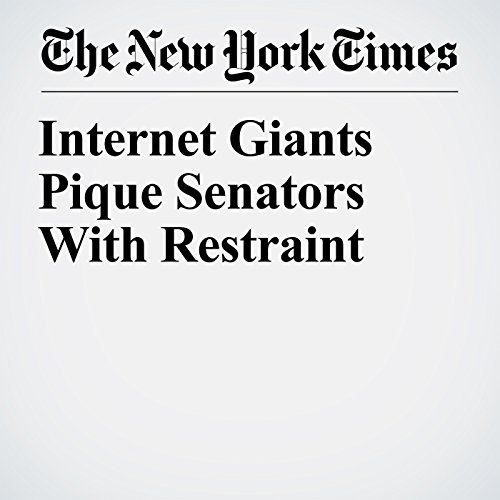 Executives from Facebook, Google and Twitter appeared on Capitol Hill for the first time Tuesday to publicly acknowledge their role in Russia’s influence on the presidential campaign but offered little more than promises to do better. Their reluctance frustrated lawmakers who sought stronger evidence that U.S. elections would be protected from foreign powers.

"Internet Giants Pique Senators With Restraint" is from the October 31, 2017 U.S. section of The New York Times. It was written by Cecilia Kang, Nicholas Fandos and Mike Isaac and narrated by Keith Sellon-Wright.