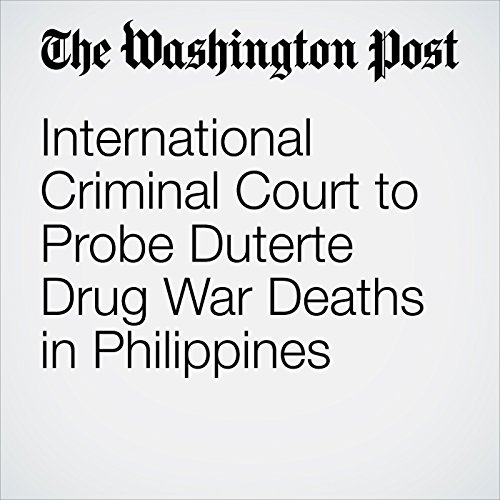 The International Criminal Court announced Thursday it is opening a probe into deaths linked to President Rodrigo Duterte’s “war on drugs,” a move that could eventually lead to charges of crimes against humanity.

"International Criminal Court to Probe Duterte Drug War Deaths in Philippines" is from the February 08, 2018 World section of The Washington Post. It was written by Emily Rauhala and narrated by Sam Scholl.