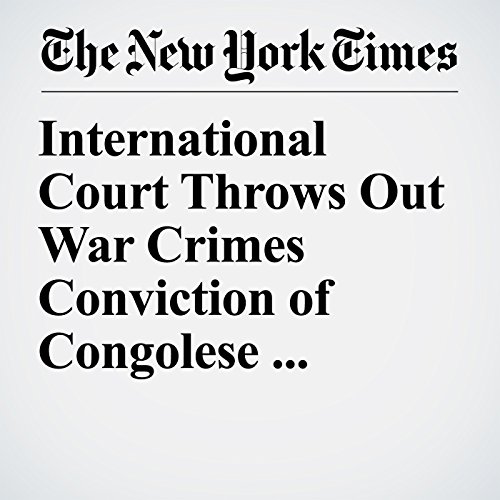 PARIS — Appeals judges in an international court have thrown out the war-crimes conviction and 18-year prison sentence for Jean-Pierre Bemba, a former vice president of the Democratic Republic of Congo. It was a blow to prosecutors, who had accused him of condoning the public rape of women and men, the killing of unarmed villagers and the pillaging of property.

"International Court Throws Out War Crimes Conviction of Congolese Politician" is from the June 09, 2018 World section of The New York Times. It was written by Marlise Simons and narrated by Kristi Burns.