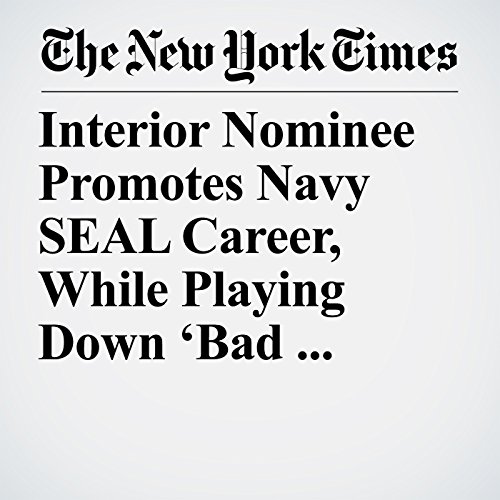 In his successful runs for state senator in Montana and then for Congress, Rep. Ryan Zinke has promoted his 23-year career in the Navy SEALs as one of his main credentials, going so far as to put the SEALs’ Trident symbol on his campaign bus.

"Interior Nominee Promotes Navy SEAL Career, While Playing Down ‘Bad Judgment’" is from the January 16, 2017 U.S. section of The New York Times. It was written by Christopher Drew and Sean D. Naylor and narrated by Kristi Burns.