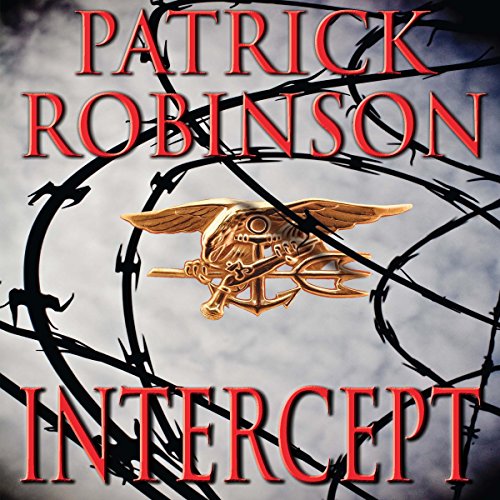 A left-leaning judge liberates four of the most dangerous al-Qaeda terrorists from Guantanamo Bay and the CIA field officers track them back to Pakistan's northwest frontier mountain range. But the men vanish and rejoin the dark and mysterious forces trained by Osama bin Laden high in the Hindu Kush. These are men with hatred for the United States and Great Britain, and they are sworn to hit back at the USA, which imprisoned so many of their high command. They know there is only one man who can stop them--retired Navy SEAL Lt. Commander Mack Bedford--and he is called in to assist on one of the most highly classified missions ever launched from CIA headquarters.

Robinson returns to form and believability

Robinson's book two in the Mack Bedford series is quite a bit more realistic and plausible than book one. There are troubling things in this series so far and in this work in particular. First, the first 3 hours are a monologue of the narrator telling not showing. All interesting information but without any meaningful dialog, it is a bit tedious. By half way, the dialog was a little better; but still tedious -- it did pick up near the end. Also, by the half way mark the main character is barely involved -- his involvement is setup, but no real action until well into act II.

As to the story line, the premise hangs together rather nicely. However, if you favor left wing politics, I think you are going to be put off. Robinson goes out of his way to paint left-wing politics in a much less than reasonable light. If you are politically right or a centrist you'll think it okay. I normally wouldn't mention politics in a tech-thriller but Robinson makes so may cutting remarks it has to be mentioned.

The narration is very good. As always, the portrayal of the US Navy Seals is fabulous. I am a fan of Robinson. The first book in the series was substandard, this one was average -- perhaps he is on a trajectory. We'll see. I recommend reading at least the abridged version, that ought to cut out much of the political commentary -- but I am still a fan.

It takes a while to get going, but the story goes into character deinition for some time. It's a good plot and it also has some comedy entertwinined, as the terrorists do some goofy things as they move across our country .This is the first time I have heard or read about what they may face just getting somewhere.

Narrator was great and the story started off strong however if you generated into an unrealistic set of circumstances. Too bad

Good "read". Too much detail in parts though.

Yes. The characters are likeable and the suspense keeps you listening.

This is a good series. You will get very involved with the characters but there are times when you could fast forward through some of the details. Parts of the books in this series, I've read two, could be muted and you wouldn't miss any pertinent information. I still love these books and will continue reading them.

Written for the radical conservative

Intercept by Patrick Robinson is well written, keeping its audience anxious to know what will happen next. That is probably why it appeared on the New York Times best sellers list. However, Robinson's political point of view was obviously formed from substituting playing violent video games for attending any high school or college government or history classes. His racist attitude toward all middle eastern folk is only exceeded by his blind reverence for and faith in the U.S. military. His story of the tracking and assassination of four terrorists released by due process from Guantanamo caries the same fascist tone one might find in a Arian militia group living in Utah. His contempt for those who cherish our protection of civil rights would win him a literary award from the Fox network. Though his antagonists were religious zealots set on bringing down America and willing to ignore any humanity in the name of Allah, his hero was only different by wrapping his behavior in a equal zeal for America, right or wrong. If you believe that we do not owe due process those who hold America wanting you will love this novel.

Patrick Robinson is an unabashed right-wing extremist, with clear symptoms of testosterone poisoning, unapologetic approval of presidents Bush and Reagan, and uncompromising hard-line opinions. He also writes consistently rip-roaring good thrillers, all of which I have read ??? and will continue to read ??? despite my disagreement with his politics. In each novel, Robinson intelligently examines some important political/military issue ??? and, I have to admit, makes a pretty good case for his opinion and proposed solution. In "Intercept," he poses the question: Do terrorists deserve due process? And he performs a thought experiment, in which liberal human-rights activists force the United States government to grant accused terrorists court trials ??? with defense attorneys ??? according to United States law. Since the detainees' guilt cannot be proved beyond a reasonable doubt, two Afghan terrorists are released from the Guantanamo Bay facility, only to begin planning another heinous attack ... this time on a United States Jewish school. Of course, that sets the stage for Robinson's hero, Navy S.E.A.L., Lt. Commander Mack Bedford, to step in and save the world ... again. Mr. Robinson idolizes the S.E.A.L.s; and, if half of what he attributes to them is true, rightly so. His tales of their exploits make for exciting listening; and Charles Leggett renders a near-perfect reading of the story. I recommend "Intercept" ??? indeed, all of Patrick Robinson's novels ??? to any thriller-lover, even those with liberal inclinations, like me. He makes you think, if you keep your mind open a little bit, about difficult issues from a different perspective. He might even make you think about certain issues that you had never even considered before.

As with any Patrick Robinson books I've listened to, this was full of military themes and personnel, and a dastardly plot by evil doers to commit mischief on the US of A. Not being a right wing conservative who thinks Dick Cheney walks on water, the far right political bent can be a little tedious. But the story telling is terrific, and his characters, while rather one-sided, always leave you rooting for the good guys. One my favorite lines from his books is the Navy Seals philosophy that there are few problems in the world that cannot be solved with enough high explosive. If you like action and military themes, you'll enjoy this (or any other) Patrick Robinson book.

Nothing new in this book, ya learn nothing, you get nothing. Don’t get me wrong, it’s ok but not great.
I would pass on this one

Not his best work

This book is educational, but boring. Nothing like the older stuff. I need more from this

Anothet MacBedford story that again is a kick ass ride start to finnish you want a good story listen to this.