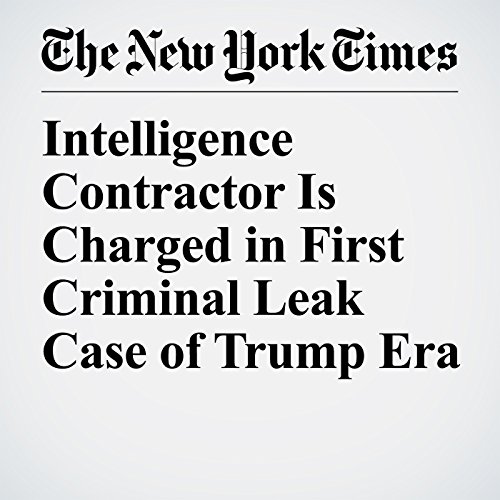 An intelligence contractor was charged with sending a classified report about Russia’s interference in the 2016 election to the news media, the Justice Department announced Monday, the first criminal leak case under President Donald Trump.

"Intelligence Contractor Is Charged in First Criminal Leak Case of Trump Era" is from the June 05, 2017 U.S. section of The New York Times. It was written by Charlie Savage and narrated by Keith Sellon-Wright.