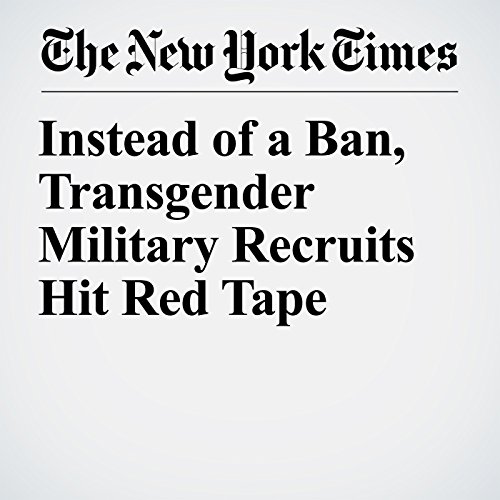 Nicholas Bade showed up at an Air Force recruiting office on an icy morning in January, determined to be one of the first transgender individuals to enlist in the military.

"Instead of a Ban, Transgender Military Recruits Hit Red Tape" is from the July 05, 2018 U.S. section of The New York Times. It was written by Dave Philipps and narrated by Keith Sellon-Wright.