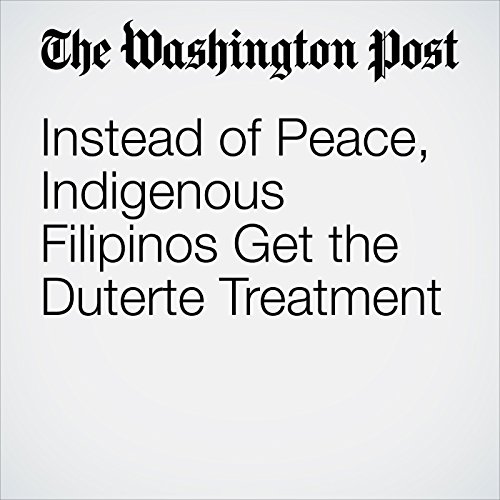 Instead of Peace, Indigenous Filipinos Get the Duterte Treatment

BUTUAN, Philippines — Junrey Manlicayan, a member of the Banwaon tribe, voted for President Rodrigo Duterte. He believed that Duterte, a fellow native of Mindanao island, understood the plight of indigenous communities like his, and that he could deliver on his promise to negotiate an end to the war with communist insurgents that has dragged on for 49 years.

"Instead of Peace, Indigenous Filipinos Get the Duterte Treatment" is from the April 22, 2018 World section of The Washington Post. It was written by Vincent Bevins and narrated by Sam Scholl.