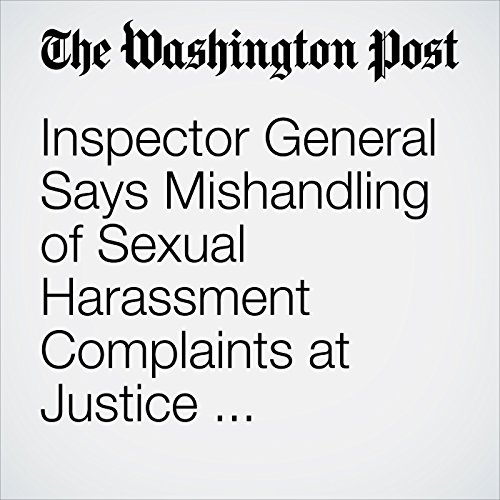 The Justice Department has “systemic” problems in how it handles sexual harassment complaints, with those found to have acted improperly often not receiving appropriate punishment, and the issue requires “high level action,” according to the department’s inspector general.

"Inspector General Says Mishandling of Sexual Harassment Complaints at Justice Department is a ‘Systemic’ Problem" is from the December 26, 2017 National section of The Washington Post. It was written by Sari Horwitz and narrated by Sam Scholl.