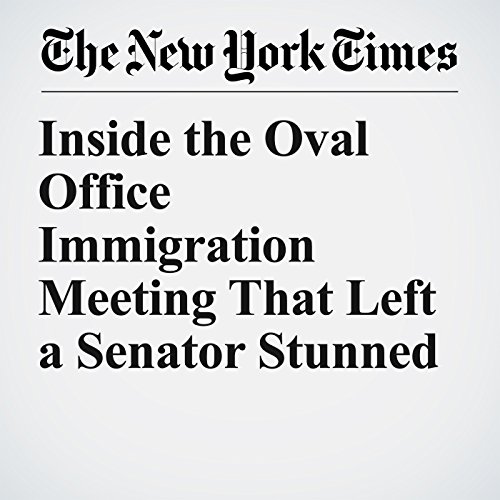 Inside the Oval Office Immigration Meeting That Left a Senator Stunned

As they departed the now famous Oval Office meeting where President Donald Trump used vulgar language to disparage the national origin of some potential immigrants, Sens. Lindsey Graham and Richard J. Durbin found themselves in a condition unfamiliar to such veteran politicians: speechless.

"Inside the Oval Office Immigration Meeting That Left a Senator Stunned" is from the January 19, 2018 U.S. section of The New York Times. It was written by Carl Hulse and narrated by Barbara Benjamin-Creel.