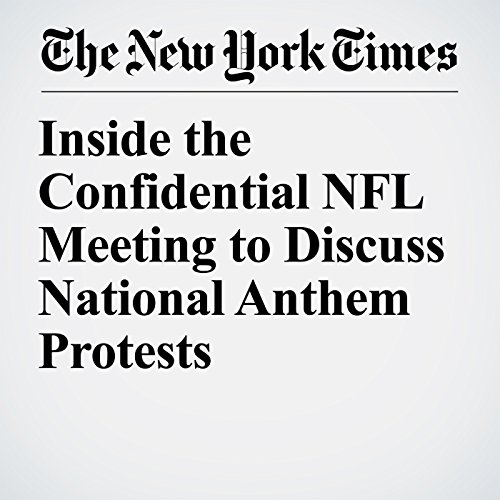 NFL owners, players and league executives, about 30 in all, convened urgently at the league’s headquarters in New York City in October, nearly a month after President Donald Trump began deriding the league and its players over protests during the national anthem.

"Inside the Confidential NFL Meeting to Discuss National Anthem Protests" is from the April 25, 2018 U.S. section of The New York Times. It was written by Ken Belson and Mark Leibovich and narrated by Keith Sellon-Wright.