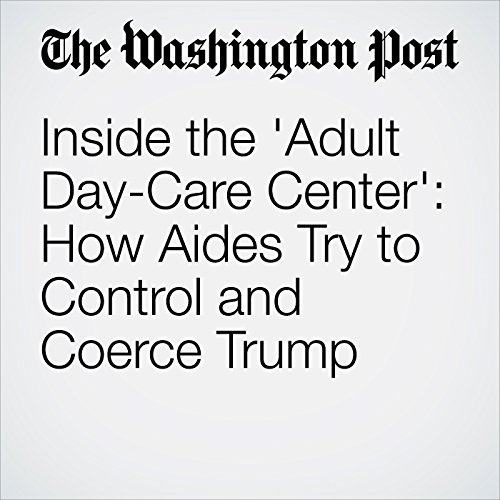 During the campaign, when President Trump’s advisers wanted him to stop talking about a certain issue — such as when he attacked a Gold Star military family — they sometimes presented him with polls demonstrating how the controversy was harming his candidacy.

"Inside the 'Adult Day-Care Center': How Aides Try to Control and Coerce Trump" is from the October 16, 2017 Politics section of The Washington Post. It was written by Ashley Parker and narrated by Sam Scholl.